Trend CONNECT puts ‘what’s new’ together for you when it comes to the season’s most current trend updates in fashion, hair design, make-up, skin care, nails and grooming products. From the runway to the red carpet, Trend CONNECT puts you in touch with what the guest beauty bloggers and fashion influencers know you want to know-and need to know – as they report on what really impacts your world as a stylist, barber, nail artist or consumer. Enjoy the opportunity to talk amongst yourselves in this exciting, upbeat and fresh exchange of details and dialogue!

The Best Fingernail and Toenail Clippers on the Market

One usually doesn’t think about nail clippers too often, but they sure come to mind when your nail tears or if your nails are getting too long and need a trim. Having a good quality nail clipper can surprisingly give a certain satisfaction you wouldn’t expect. It’s easy to pass off a nail clipper as just a tool you need... The Best Fingernail and Toenail Clippers on the Market

One usually doesn’t think about nail clippers too often, but they sure come to mind when your nail tears or if your nails are getting too long and need a trim. Having a good quality nail clipper can surprisingly give a certain satisfaction you wouldn’t expect. It’s easy to pass off a nail clipper as just a tool you need to trim your nails, but have you ever used a nail clipper that delivered a subpar experience? For example, have you ever tried to use a nail clipper that required a lot of pressure to cut through the nail or that left jagged nails? It’s not an uncommon occurrence. For many people these are their biggest gripes. And who wants to deal with frustrating and unpleasant experiences. Even the smallest of tasks (such as clipping your nails) shouldn’t give you a headache or another thing to be annoyed with. Nail clipping is something one does pretty frequently so it’s important that whatever nail clipper you’re using will stand the test of time. The good news is there are some high-quality fingernail and toenail clippers that can deliver sharp, clean cuts with minimal pressure. While having an awesome nail cutting experience is not on the top of everyone’s list, it is a small task that can be made much more pleasant with superior tools. The Seki Edge Stainless Steel Fingernail Clipper SS-106 is the most popular fingernail clipper in the line. It’s sleek, sophisticated and works like a charm. If you like a fingernail clipper with all the features, the Deluxe Fingernail Clipper SS-101 has all the bells and whistles you need. It has a built-in nail catcher and nail file. So this all-in-one Japanese nail cutter is economical and provides a lot of value. You can also use a nail scissor, but these are less common. Nail scissors are used if you want more control or if you are trying to shape your nails a certain way. When it comes to cutting toenails, a heavy duty toenail clipper is best. Since toenails are often much thicker and wider than fingernails, a stronger and larger nail clipper may be needed. Toenail clippers feature larger, wider jaws and are overall larger than fingernail clippers. The Seki Edge Stainless Steel Toenail Clipper SS-107 is the most popular Seki Edge toenail clipper and can generally do the job. Another nail clipper that is on the rise is the Seki Edge Stainless Steel Nail Clipper SS-112. It’s gained massive popularity due to its fantastic cutting ability. It also has a built-in nail file on the top of the lever. It’s heavy and delivers a smooth clean cut. A thick nail can be addressed by either a heavy duty nail clipper or a nail nipper. Nail nippers have very strong curved blades, sharp cutting edges and are especially useful for very thick nails. While toenail clippers for thick nails are available, sometimes they are just not strong enough to cut through the thickest of nails. With a nail nipper you can steer your cuts for more cutting control and they have very powerful jaws that cut the nail from the side as opposed to the top and bottom. This makes cutting a very thick nail much easier. For special circumstances such as an ingrown toenail, use a nail clipper with a straight edge or an ingrown nail nipper. Ingrown nails should be cut straight across to prevent the nail from growing into the corners of the skin. If the ingrown nail is also very thick, try the Seki Edge Ingrown Nail Nipper. It’s a unique nail nipper where the jaws curve outward so that you don’t cut into the nail. Instead, it cuts away from the nail helping you cut straight across. And speaking of special circumstances, if you have difficulty seeing what you are cutting, check out the unique EZ View Clipper SS-105 which has a 3x magnifying glass attached to it. It’s great for older people or people with compromised sight. Each Seki Edge nail clipper gives a precise cut. They have a sharp curved blade on the top and bottom that come perfectly together to create clean cuts. If you’re looking to have nicely trimmed toenails or fingernails, these nail clippers are the best place to start. You won’t go wrong with a Japanese nail clipper by Seki Edge. In fact, it will be the only one you’ll need. While the Seki Edge line carry several different nail clippers, it is a full personal care line with other tools such as nail nippers, cuticle nippers, grooming kits, eyelash curlers, tweezers and more. You can check out Seki Edge tools here. To complement the nail clippers, perhaps pair them with a nail file or cuticle nippers. Even if you get your nails done by your favorite nail tech, you can still do some maintenance at home such as trimming hangnails or filing down chipped nails. And if you’re a DIYer then these are the best manicure investments you can make. If you want a set that includes a variety of manicure tools, a nail grooming kit can be a good choice. From two to nine pieces, Seki Edge grooming kits have a selection of tools important for any manicure. Most of them include a Seki Edge nail clipper. There have been many satisfied customers who swear by Seki Edge nail clippers. They are ranked very high on other popular websites and review sites. And if you’re still not sure if these nail clippers are for you, there are extensive reviews on YouTube about them! That’s right…the social proof on these clippers is plentiful. You have found the best fingernail and toenail clippers on the market here. Give your nails the pampering and TLC they deserve and feel the edge with Seki Edge.

We had to share @t3micro asking the age old questi

What would you call this adorable razor cut by @er

Guys can be hard to shop for. Feather makes it eas

A super clean neck, a sick fade and a fun hair des

Just one pass. That's all it takes to give your cl

An ode to undercuts. The Feather Nape & Body Razor

From the makers of samurai swords, Seki Edge bring

Seki Edge Grooming Kits are a great gift for any m

Cutting your hair at home? The Seki Edge Haircutti 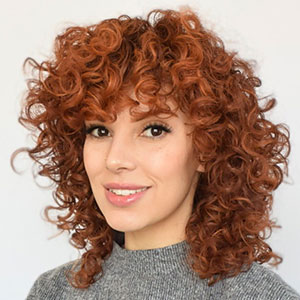 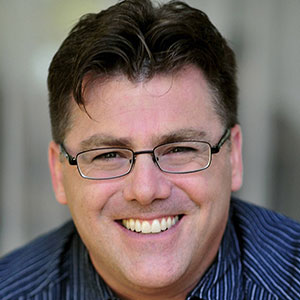 Ivan Zoot - Barber & Hair Stylist
As a content provider I am in great company at Jatai Academy online. It has become a place on the web where beauty and barber professionals can count on finding quality information from industry leaders.
Get the latest Academy content and special deals direct to your inbox
SIGN UP
X